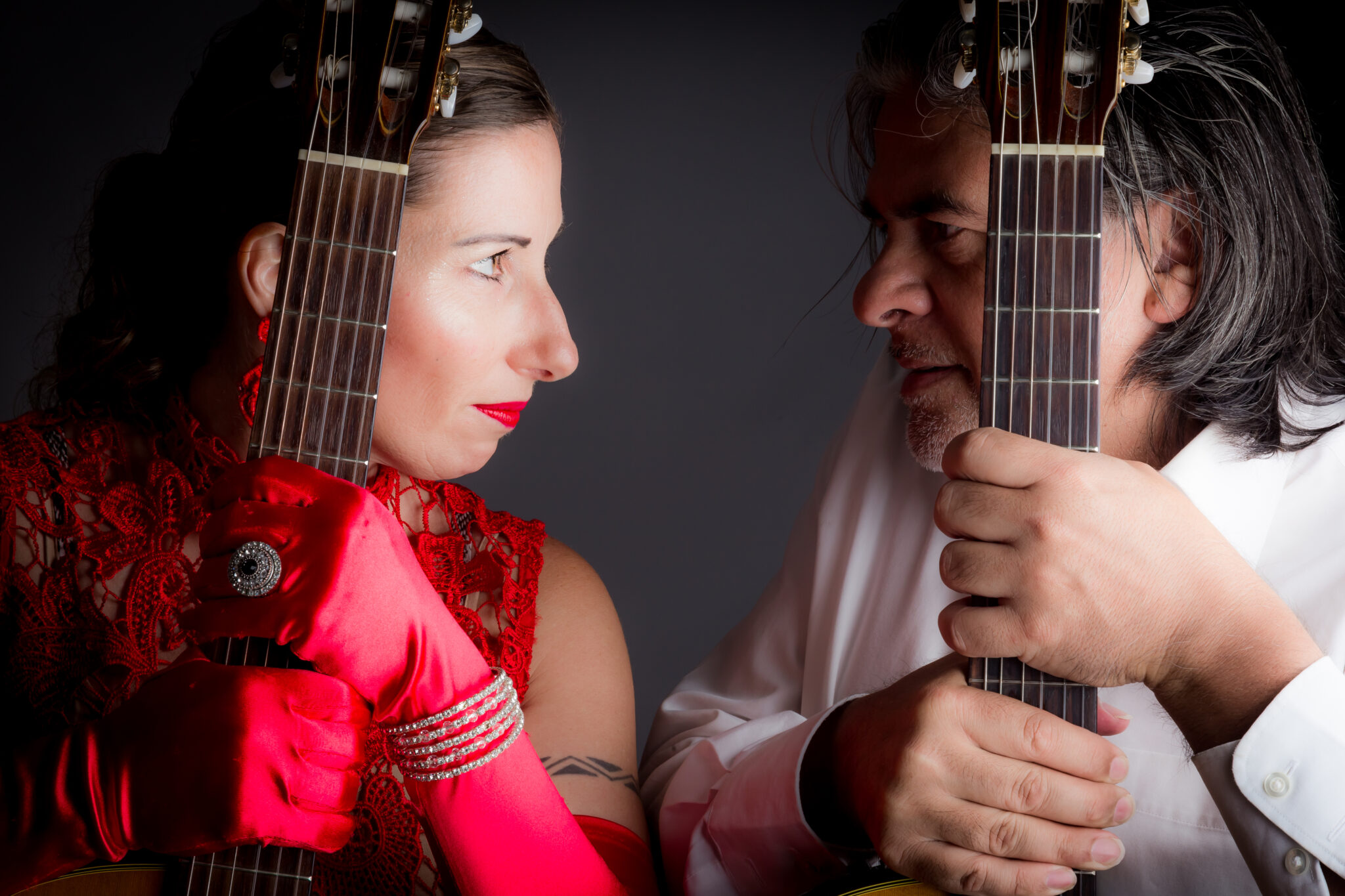 Yael and Gabriel are a musical duo originally based in New York City.  Gabriel, a guitarist and composer from Argentina is the official guitar player for
Savion Glover’s show, “Solo on Time”. Yael, a French/Israeli vocalist, guitarist and songwriter is the opening act for Latin Grammy Winner, Leo Dan.  They have been playing together for the past 8 years, developing original arrangements mostly for two acoustic guitars and vocals in nine languages.

Bring a chair and enjoy!!