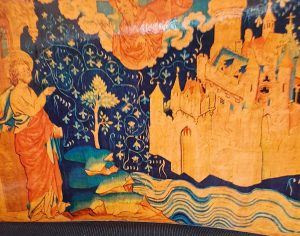 A Women’s Vocal Ensemble, Conspirare, will perform John Rutter’s recently composed “Visions”, a glorious work for violin, treble voices and keyboard.  The text refers to Jerusalem, not only as the site for the sacred Temple of Israel, but also as the Holy City Envisioned by St. John in the Book of Revelation.  Caren Umbarger, violin, will join Kathleen Vande Berg, piano, and the treble choir directed by Kerry Fradley.  The choir will also perform additional works by John Rutter.

The second half of the concert will be performed by Anna de Prospero, piano and Steve Marr, clarinet.  (see the next event page for details).