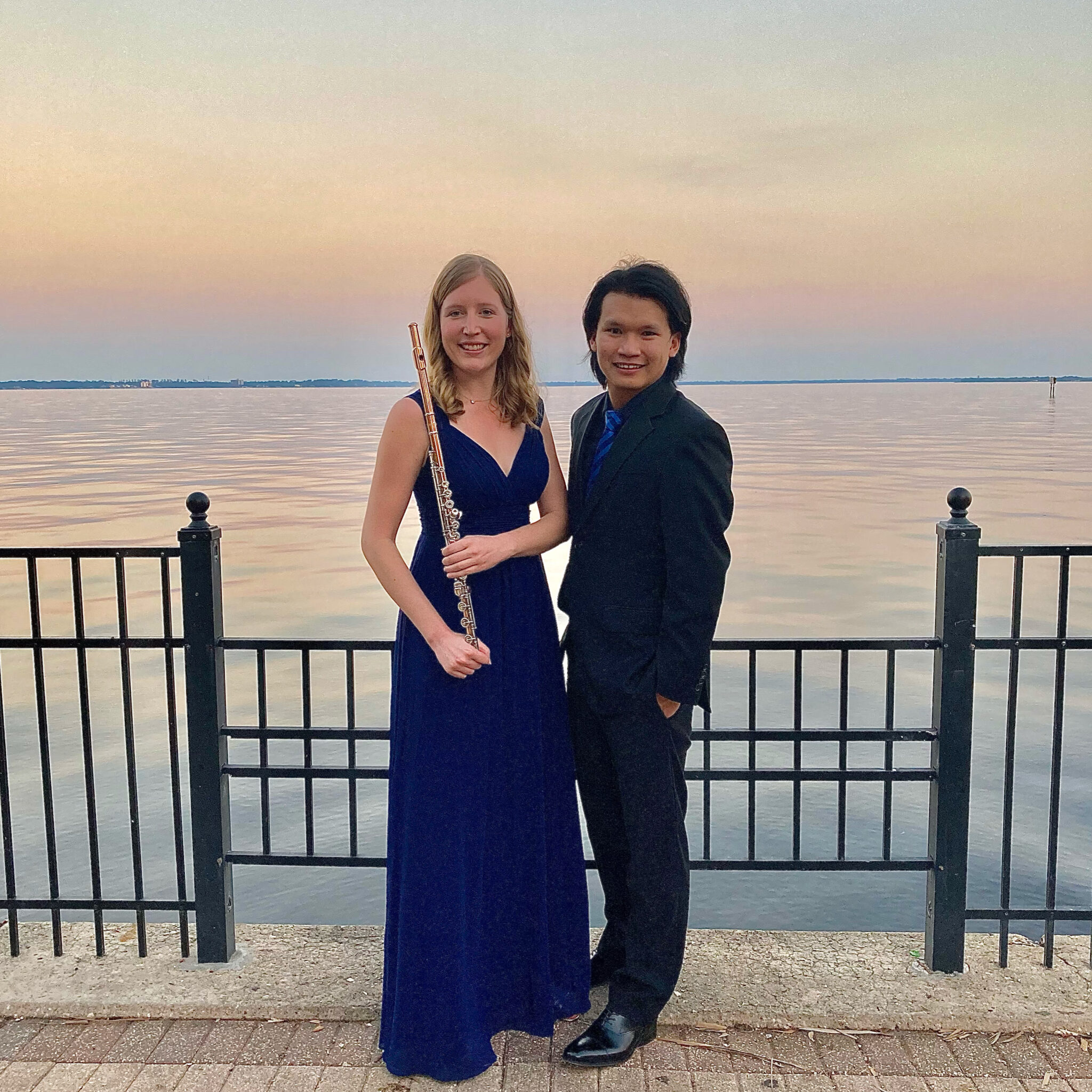 One of Festivale’s favorite performing ensembles, Astralis, will be featured in an Afternoon Musicale on Sunday, May 1.  The concert will begin at 2:30 pm and  will be held in the chapel of Memorial Presbyterian Church on Sevilla Street.

Angela Massey, the founder and artistic director of Astralis, has been a featured guest soloist with the Tryon Concert Association, Kosciuszko Foundation in NYC, River Center for Performing Arts and the National Flute Association.  She is a worldwide performer having played concerts in England, France, Germany, Italy, Romania and Switzerland.  She holds flute positions with the South Florida Symphony, the Venice Symphony and performs regularly with the Sarasota Orchestra.  Angela has been awarded prizes in the Alexander and Buono Competition, Frank Bowen Competition and Myrna Brown Competition among others.

Ms. Massey will be joined in this concert by Chee-Hang See, a prize-winning pianist who has been called “a cool and confident performer” by the Charleston City newspaper.  He has performed in concert series and festivals at the Festival Internacional de Colonia, Hilton Head Symphony Orchestra Musicale, South Carolina Chamber Music Festival, Chicago Duo Piano Festival and Piccolo Spoleto Festival.  He holds degrees and diplomas from the Cleveland Institute of Music, College of Charleston, the Associated Board of the Royal Schools of Music and Trinity College, London.