A Classic Theatre presents “The Immigrant” 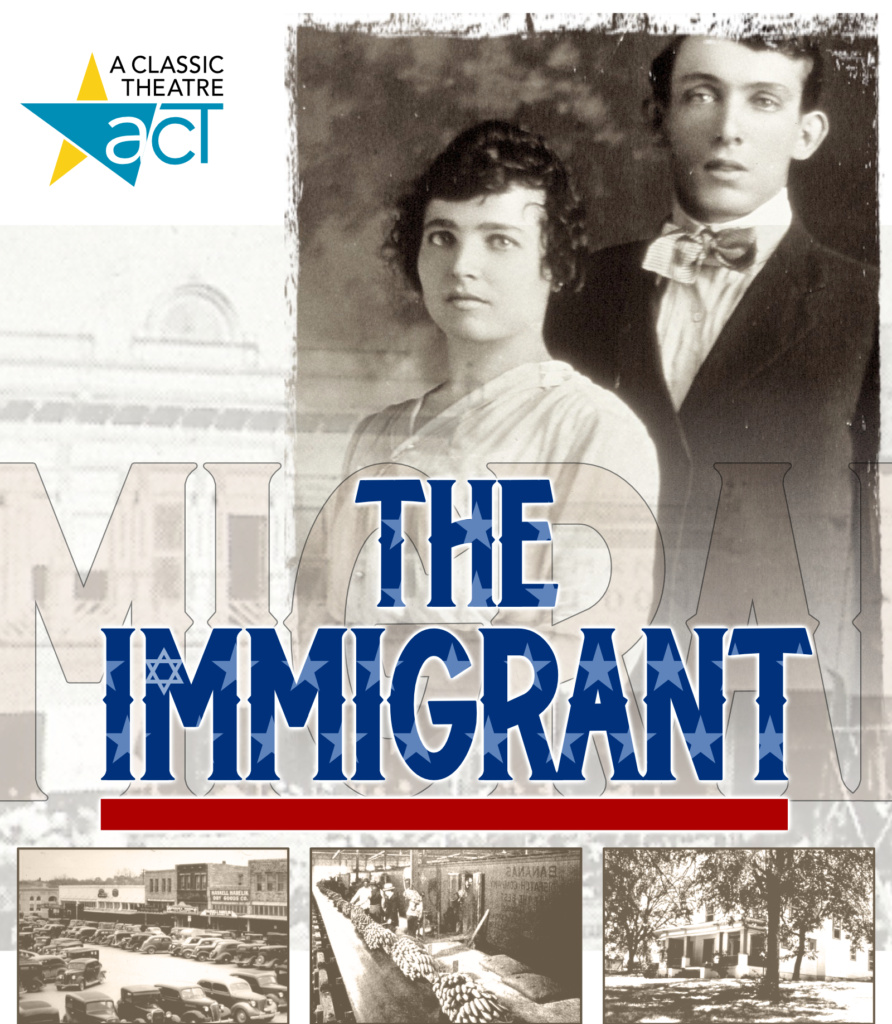 A Classic Theatre (ACT) will present “The Immigrant” by Mark Harelik, directed by Margaret Kaler, in their new performing space – The Waterworks.

This is the true story of the playwright’s grandfather’s experiences in his new home.

The setting is rural Texas in 1909 when Haskell Harelik, a nineteen year-old Russian emigre, arrives at the port of Galveston. Far from his native land and struggling with an alien language, Haskell becomes a penny-a-piece fruit peddler in and around the small town of Hamilton and eventually attains success as a merchant and community leader.  Religion meets religion, culture meets culture, fear meets fear, and love meets love.

This is Haskell Harelik’s story — and our story.

The Houston Post wrote that “Harelik’s irresistible comedy-drama is one of the sweetest and coziest plays imaginable.”